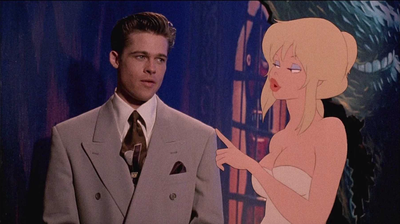 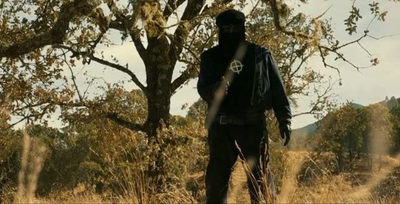 Hey hey, comin’ atcha with another double-feature plug. Today’s bill: a proto-slasher based on a true crime story and a modern true crime classic with well-placed slasher elements. 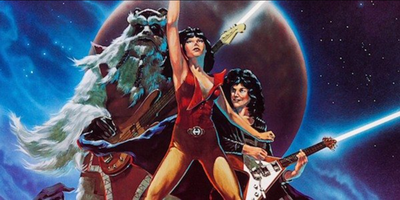 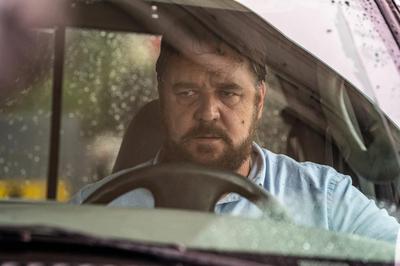 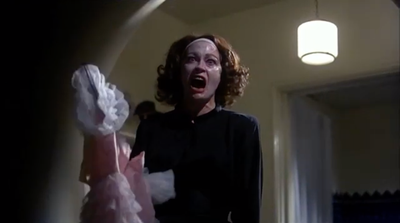 You ever get obsessed with a good movie year? Lately I’ve been really diggin’ 1981. I’m not sure if it’s generally thought of as iconic or important a movie year as, say, 1980 (The Shining, The Empire Strikes Back, Raging Bull — all of which are getting the big 40th anniversary treatment this year), but it should be. Raiders of the Lost Ark, Escape from New York, Scanners, Heavy Metal, The Evil Dead, Excalibur, Blow Out, The Road Warrior, An American Werewolf in London, The Howling, Halloween II 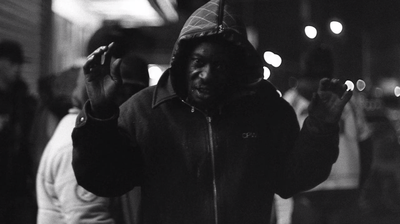 Today’s plug is a double feature of 2013 shorts by director Khalik Allah. A street photographer by trade, Allah combines black and white photography with video, film, and running sound to create, as his intro on The Criterion Channel suggests, “dreamlike drifts through the margins of society, gritty and sublime portraits of the disenfranchised and dispossessed that, in their infinite compassion and philosophical insight, achieve an almost spiritual transcendence.”

I’m always game for a good documentary about a movie. You Don’t Nomi, the new doc about Paul Verhoeven’s notorious NC-17 “trashterpiece” Showgirls, ranks among the best of them. Taking a similar approach as Room 237 did with the cottage industry of conspiracy theories surrounding Stanley Kubrick’s The Shining, You Don’t Nomi looks at Showgirls from every possible angle... 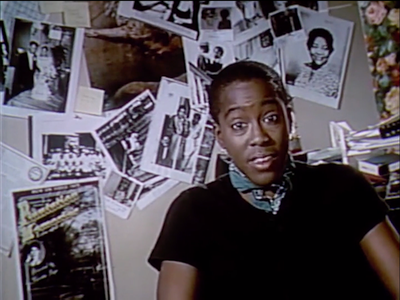 I recently saw a tweet that said “You know what I miss about the 90s? Dark edgy indie films with studio budgets.” You know what, same. But also not. As we (hopefully) head into an era where we rely less on Hollywood to make movies for us and start making them ourselves with technology that’s readily available to literally everyone, we should be looking back at the actual micro-budget, DIY indie films of the 90s for actionable inspiration. 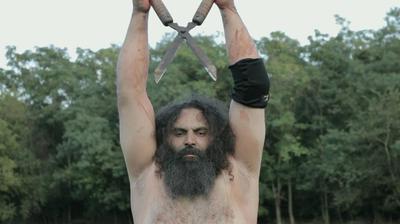 I tend to be a sucker for slashers with “massacre” in the title. From The Texas Chainsaw Massacre (contender for greatest horror movie ever made) to 80s camp classics like The Slumber Party Massacre and Sorority House Massacre and modern ultra-low-budget oddities like Pool Party Massacre. There’s just something about the simple pleasures of the whole ***** Massacre phenomenon that really does it for me. So I jumped at the chance to review WRESTLEMASSACRE 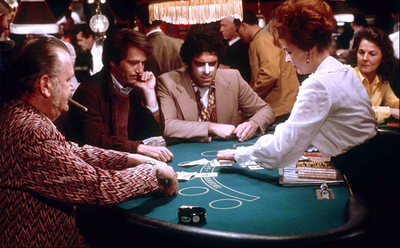 Robert Altman’s exceptional 1974 gambling comedy California Split has been hard to find for years. Up until now it’s largely existed as an out-of-print DVD with some missing footage due to music licensing issues. So I was thrilled to open my Twitter feed on Tuesday to see great folks like writer Kim Morgan and director Joe Dante getting the word out that the original, remastered cut of this criminally under-seen masterpiece is now available on Amazon Prime. 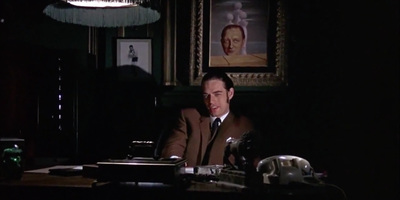 Performance is a psychedelic British crime film starring James Fox and Mick Jagger as a gangster and reclusive rock star brought together by fate for an existential melding of minds, egos, and personas in a kaleidoscopic haze of blood, sex, drugs, art, and music. Drug movies from the late 60s and early 70s can often be tedious, frustratingly incoherent, and just plain shitty. But Performance succeeds where so many others fail, partly because it’s bookended by another genre. 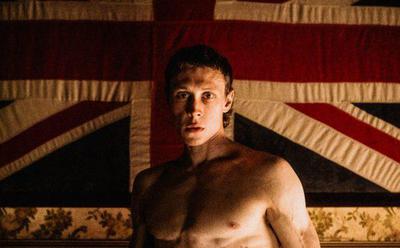 TRUE HISTORY OF THE KELLY GANG is a movie about crime. It’s a modern, poppy work of historical fiction that approaches the idea of criminals and the nature of crime with a deep sense of modern concern. What are the power dynamics at play when it comes to deciding who is a criminal, who is the law, and who is more equipped to uphold justice?

Well shit! Top Gun: Maverick, the latest victim of Hollywood’s unfortunate but necessary mass-rescheduling wave in response to the pandemic, has been pushed all the way back to December. Gotta admit, I was pretty stoked to indulge in this particular title come July — though much more as a Tom Cruise Stan (not to mention, an ardent Miles Teller enthusiast) than out of any love or nostalgia for Top Gun. 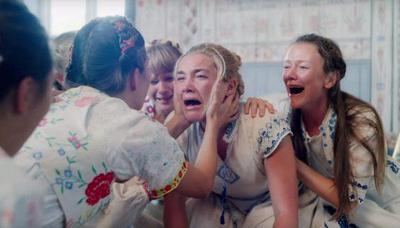 We are only a couple of days into 2020 and the team here at Nightmarish Conjurings is still reeling from all of the different horror films released in 2019. There was just so much produced in terms of quality and quantity released last year that it was difficult to narrow down our selections for our top 10 picks list. 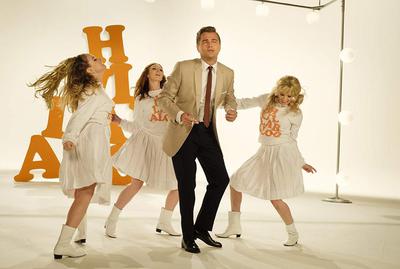 [Blu-ray/DVD Review] ONCE UPON A TIME...IN HOLLYWOOD

ONCE UPON A TIME… IN HOLLYWOOD is finally available to watch at home. And though it had one of the great theater runs of the year, it feels right that the chillest cinematic hang of the summer is now marinating in people’s heads from their home screens. Quentin Tarantino’s 9th and possibly penultimate film — a dark fairy tale about the mythical human beings and competing energies that occupied Hollywood in 1969 — really demands repeat viewings to fully grasp the scope and magnitude of its insatiable gravitational pull. 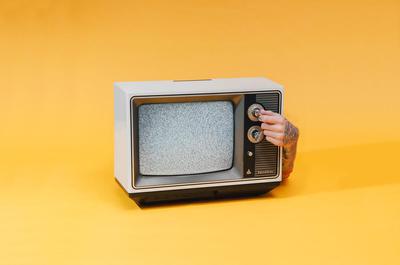 TITANS OF THE TUBE :: The Best TV Shows this Year

I’m a movie guy, and I probably always will be. No more than a few years ago, the thought of making a Top 10 list for TV wouldn’t have even occurred to me. But it’s 2019 and the age of peak television has changed my tune. And how could it not? The big-screen cinema experience has been all but overrun by one mammoth superhero franchise and the advent of streaming has turned television into an endless virtual hub of phenomenal shows — available anytime, anywhere. 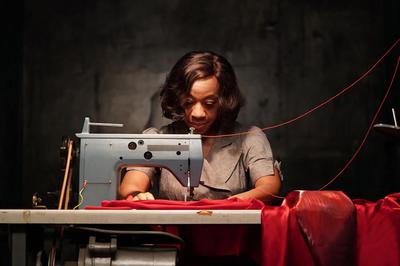 What is cinema? This question has been on my mind ever since Martin Scorsese said that the Marvel movies aren’t cinema and the internet had a meltdown (which is still going on and seems like it’ll never end). It’s also why I jumped at the chance to attend a screening of IN FABRIC, writer/director Peter Strickland’s British horror-comedy about consumerism and a killer dress. 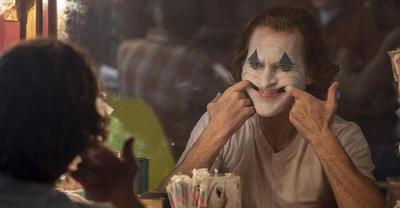 PUT ON A HAPPY FACE :: The Best Joker Memes on the Internet

A movie can’t just be a movie in 2019. It needs a familiar angle, if not a direct relation to existing intellectual property. It needs a backstory of gossip, casting what-if’s, and production updates that can be mined for clickbait well before and after its release. And if a movie plans on surviving in the minds of the mainstream past the hours of its initial press cycle, it needs the Internet to meme the shit out of it. Director Todd Phillips’s standalone version of Joker, a pseudo-Scorsesean

Why Do Stoners Love Horror?

Do you like to smoke weed and watch horror movies? You're not alone. As it turns out, there are plenty of stoners out there who have a love for the art of fear and all things spooky. At least, this is the impression you'll get around the Weedmaps offices. When the subject of horror movies comes up, there's always someone around to perk up and join the conversation, and the Weedmaps staff gets real amped once spooky season kicks into high gear. Of course, not every stoner is a horror fan, and n 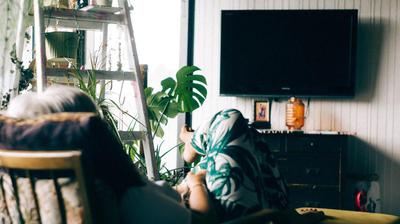 What to Stream on Netflix, Hulu, HBO, and Amazon this October While Lit

Hey hey, it's finally “Octoner” (that's October for stoners, in case you hadn't heard), which, for this stoner, means taking every possible opportunity to blaze it and watch horror movies throughout the month. For those less inclined to oversaturate their nights with hazy visions of psychedelic terror, October may just be a time for slightly spookier or more adventurous stoned streaming habits.
Load More Articles
Close ✕